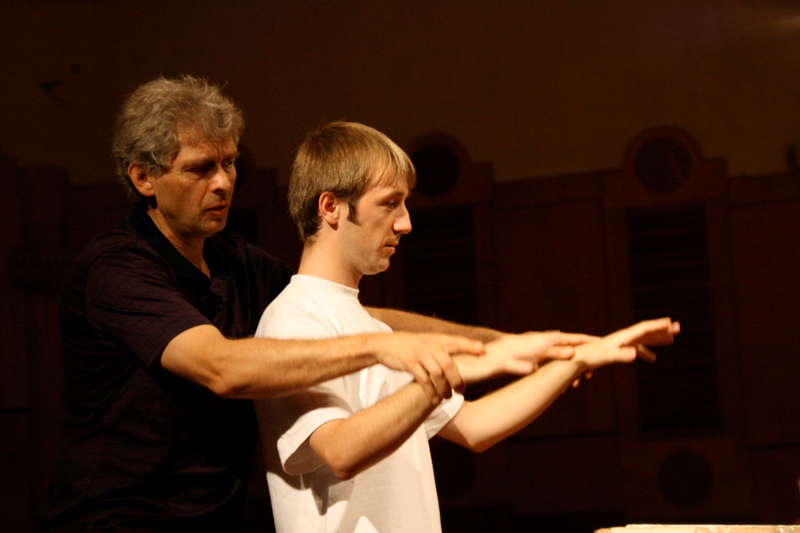 The class will be mainly held in English.

STAGE I (August 30 – September 2)
Participation in the rehearsals of Konrad von Abel with orchestra in the morning, followed by lessons in the afternoon and evening.
Working on aspects of “Musical Phenomenology” & conducting a quintet covering the course repertoire.

STAGE II ( September 4/5/6/7/8 )
Work with the Philharmonic Orchestra Târgu-Mureş. Brieﬁng after the classes.
Individual time periods for every student concerning to his capacities